Many crazy events and stories took place here. Below are some of them:

Maldan Restaurant, one of the indispensable venues of the KALE road, brought the famous model Elif Ece Uzun at the promotional night she made the previous evening. Uzun made music for a while in the specially prepared cabin, and then chatted with the guests. Organizer Dr. Elif Ece Uzun, who was brought to Alanya for a promotional cocktail by Cücü and expressed her love for Alanya very much, said, “The owner of Maldan Restaurant, Ali Çelik and Dr. Thank you very much to Cücü, “he said.

I Have No Cellulite Problem 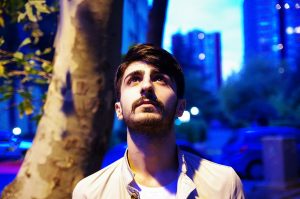 FAMOUS model Elif Ece Uzun held a press conference after the program. Elif Ece Uzun, who has been throwing stones at her colleagues due to the cellulite news that has gone away recently, said, “I don’t have such a problem. Cellulite does not affect the beauty either. If you are beautiful, cellulite will or not. Whether Turkey occupies the agenda of the magazine, here and there showing their legs and I’m not the paparazzi themselves from advertising built and pursuit of news, “he said.

Ramadan and Yuliya got married

Ramadan than three doses and Yulia Solokha, Ibrahim Tatlises stage out that they were married with a fun wedding in Alanya Kurt, runner income tax & Sapphire Building partner and Blue Star hotel owner Haci Osman three doses did, son Ramadan famous artist Ibrahim for his wedding Carols took the stage. Close friends of the Üçdan family attended the wedding held in the garden of Blue Star Hotel. The night that started with the dinner was colored with the arrival of the bride and groom to the garden where the wedding took place. The happiness of the bride and groom who said “Yes” for their lifelong togetherness at the wedding ceremony was worth seeing.

Zenith is waiting to be discovered

The Zenith Disco, which opened next to the Jasmin Garden Hotel in TURKS Fuğla ​​District, started to make its voice heard with foam parties on Wednesdays and beach parties on Fridays. Zenith, known as the most rumored venue in the entertainment sector, is waiting to be discovered by entertainment enthusiasts from Alanya.

HARBOR Restaurant continues to host celebrities. Sinan Özen was at the Harbor Restaurant with his close friend Hasan Çavuşoğlu.

With its latest release of the album “Love Halim S” and draws a graph successful music artists of Turkey’s familiar fantasy Sinan Ozen, a close friend who was Alanyaspor with former football Harbor Branch Manager Hasan Cavusoglu. Sinan Özen, who came to Antalya for the circumcision wedding of the son of a famous businessman and visited his close friends Hasan Çavuşoğlu and Nurhan Özcan, admired the magnificent view of the shipyard and castle. Özen expressed his happiness by saying, “Believe me, neither Bodrum nor any other holiday resort, I will not change this view anywhere.” Close friends who sat up late and chatted for a long time were longing.